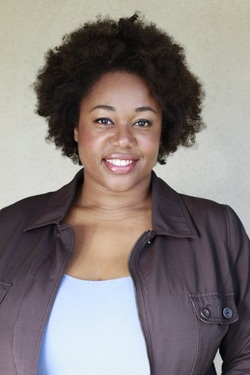 Constance Jewell Lopez was born in Memphis, Tennessee and raised in the San
Francisco Bay area. She started out as a vocalist in cabarets and soon joined forces with rapper
Lyrics Born and has traveled with him nationally as a vocalist for 15 years. She also performed as a
backup singer for Huey Lewis and the News. Her first show as a professional actress was in a
production of Oklahoma! at Woodminster Amphitheater in Oakland, CA. Constance was then
cast in American Girls Revue in Los Angeles and performed in the show for two years.
Following that, she became a company member at the Will Geer Theatricum Botanicum in
Topanga. Her performances as Sofia in The Color Purple at Celebration Theatre
and as Effie in Dreamgirls with DOMA Theatre Company garnered both popular and critical
acclaim. On television, she has appeared on Melissa & Joey, The Office, and in a national AT&T
commercial. Constance is a member of Actors Equity Association and SAG-AFTRA.